When Night Falls at Siniawan Bazaar

Remember my posting about Siniawan Bazaar back in June? - click the link.
At that time, we were there during the day and most shops were closed and hardly anyone was around.

We went back one July evening and look what this sleepy bazaar transform into at night.

▼We arrived around 5.50pm but parking at the back of this row of shophouses were already almost full. We walked along the stretch of road full of tables and chairs. Some were occupied with customers while some were still setting up. 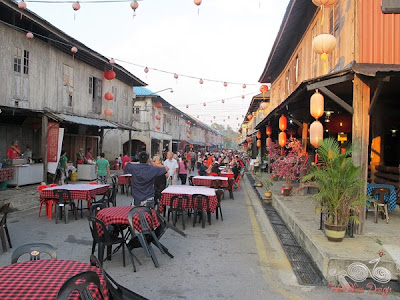 ▼About half an hour later, the same spot (note the table cloth) were full of diners. So fast! We haven't even decided what to eat. 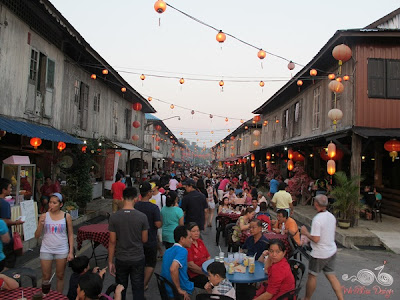 ▼This is the other end of the street. Full of people as well. 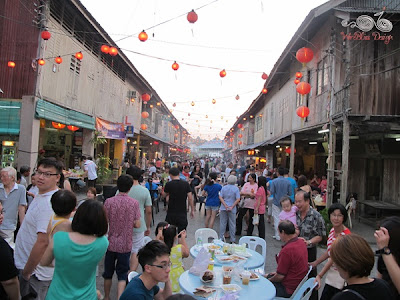 ▼From the look at it, this is a newly extended area, located further down the road, opposite the temple. However, most of the stalls here are similar to those found "up there"... should be the same owners as well. Business must be very good. 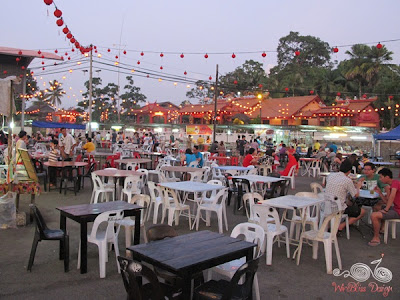 ▼Still rather empty while the sun was setting. 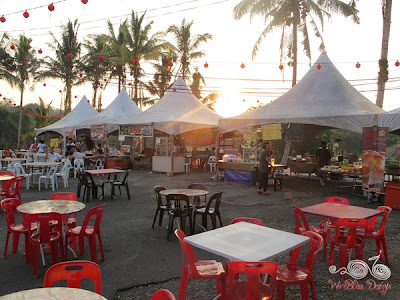 ▼There were lots of food to choose from....in fact too many to decide which one is for dinner. 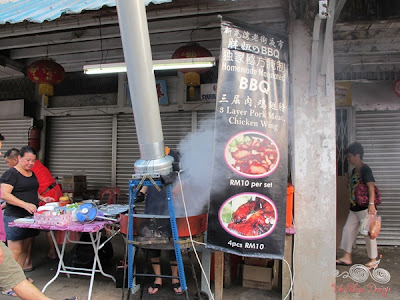 ▼Erm, how about sausages? 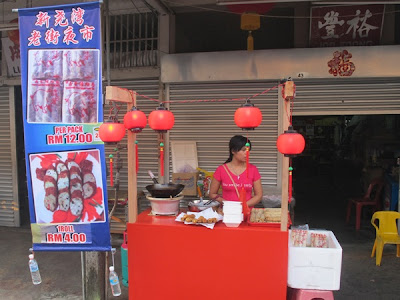 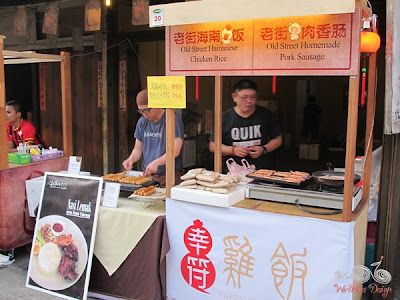 ▼Korean fried chicken that looked similar to our family fried chicken...hehe..just kidding. Must be the sauce. 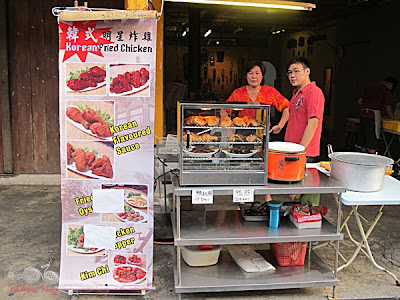 ▼The boys were salivating over this. Why do they like cotton candy so much? They skipped this as they were only given enough $ for dinner....mean parents! hehe 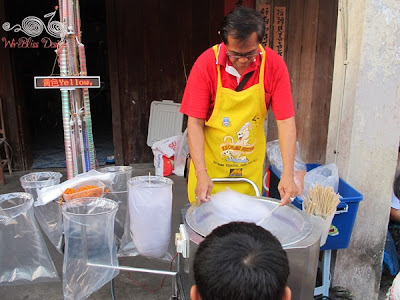 ▼Sticky rice in Pitcher Plant. Very tempted to get this but there were more to check out before deciding. Skipped. 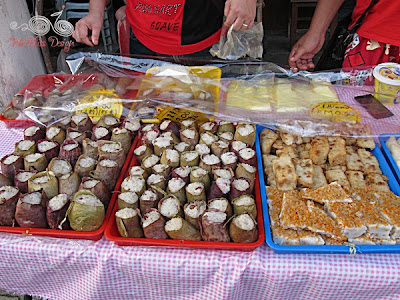 ▼ Some kind of traditional "kueh" in very bright colors. Love the colors but I skipped them too. 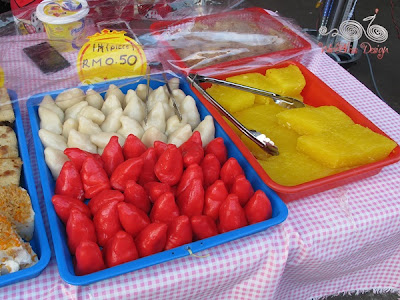 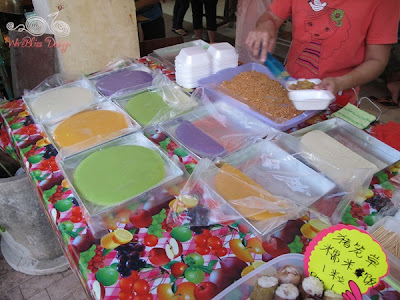 ▼The que for this stall was long and it's for some kind of fried chicken wings...again...lots of fried stuff...skipped this too as I don't want to que. 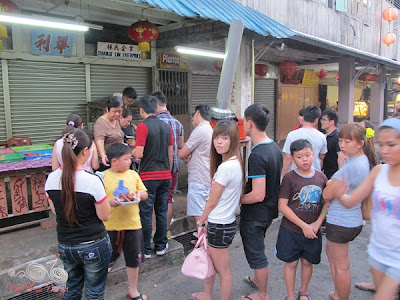 In the end I decided on "pan mee" (handmade noodle soup) which was not so great.....too spicy....pepper spiciness which I am not so fond of but still finished the whole bowl.
On the way out, I grabbed a packet of "long bean rice" which only cost me RM2.
Much better than the noodle. Satisfied!